There are many concerns surrounding the trade war tariffs imposed on USA & China.

There are many speculations that China is losing the trade war and badly affect their domestic economy, that result in China central bank PBOC to warrant a Reserve Ratio Requirement (RRR) cut to stimulate and boost the economy, boost lending to SMEs in a liquidity crunch.

Financial Analysts or Foreign Exchange Traders interviewed by CNBC or Bloomberg spoke on the USDCNY currency pair and are split on whether it will breach 7 dollars mark or not given how China view in psychology that they are losing the trade war if it breach pass 7 dollars, a psychology win by President Trump to negotiate a better trade deal with China, it will also seen as China is manipulating its currency if it breach pass 7 dollars, China however will not want to see history repeat itself when capital outflows reach its peak in December 2016 at 6.9586 to 6.9604.

Definition: Also known as Cash Reserve Ratio, it is the percentage of deposits which commercial banks are required to keep as cash according to the directions of the central bank.
Description: The reserve ratio is an important tool of the monetary policy of an economy and plays an essential role in regulating the money supply. When the central bank wants to increase money supply in the economy, it lowers the reserve ratio. As a result, commercial banks have higher funds to disburse as loans, thereby increasing the money supply in an economy.On the other hand, for controlling inflation, the CRR is generally increased, thereby decreasing the lending power of banks, which in turn reduces the money supply in an economy.

What is the 'Reserve Ratio'

The reserve ratio is the portion of reservable liabilities that depository institutions must hold onto, rather than lend out or invest. This is a requirement determined by the country's central bank, which in the United States is the Federal Reserve. As a simplistic example, assume the Federal Reserve determined the reserve ratio to be 11%. This means if a bank has deposits of $1 billion, it is required to have $110 million on reserve.

The reserve requirement (or cash reserve ratio) is a central bank regulation employed by most, but not all, of the world's central banks, that sets the minimum amount of reserves that must be held by a commercial bank. The minimum reserve is generally determined by the central bank to be no less than a specified percentage of the amount of deposit liabilities the commercial bank owes to its customers. The commercial bank's reserves normally consist of cash owned by the bank and stored physically in the bank vault(vault cash), plus the amount of the commercial bank's balance in that bank's account with the central bank.
The required reserve ratio is sometimes used as a tool in monetary policy, influencing the country's borrowing and interest rates by changing the amount of funds available for banks to make loans with.[1] Western central banks rarely increase the reserve requirements because it would cause immediate liquidity problems for banks with low excess reserves; they generally prefer to use open market operations (buying and selling government-issued bonds) to implement their monetary policy. The People's Bank of China uses changes in reserve requirements as an inflation-fighting tool, and raised the reserve requirement ten times in 2007 and eleven times since the beginning of 2010.
An institution that holds reserves in excess of the required amount is said to hold excess reserves. 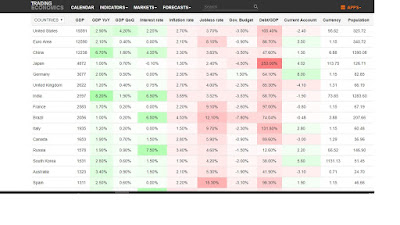 Based on Technical Analysis:

USDCNY is observed that 7 dollars benchmark is a valid resistance where speculations have been rife that China central bank would not allow that benchmark to be break and it would have many implications.

It is observed a mix of bullish and bearish chart formation of USDCNY pair,

Secondly a potential double top chart formation is observed M with 2 peaks seen tested at 7 dollars resistance level. Couple with the fact that USD shorts position is building up massively i would believe that USD spot has reach its peak at resistance between 96 to 97 and a selloff in USD is imminent, if it does so USDCNY would be seen going to retest its 2014 low at 6.03 level and 6 could be the psychology support.

Disclaimer: All news, information and charts shared is purely by my research and personal views only. This is not a trading recommendation or advice but on the basis of sharing information and educating the investment community. Different traders and investors adopt different trading strategies and risk management approach hence if in doubt please approach or seek clarifications with your Financial Adviser, Broker and Banker. 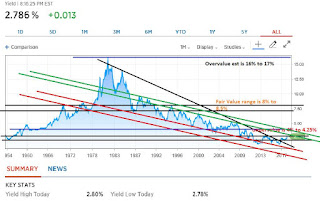 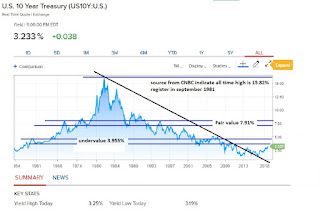 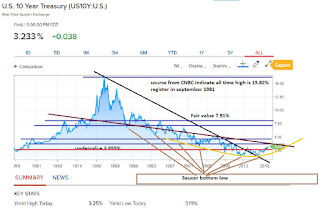 What can we deduce from the performance of USD dollar index and US 10 Year Treasury Yields? I notice that there is a signs of decoupling, where most financial investment masters quote USD is strengthening having the correlated relationship with the US 10 Year Treasury Yields performance. Divergence is seen with USD dollar index at its peak and is poised to see a sell off.with price target medium term to long term of 82.50 with US 10 Year Treasury Yields is rallying with a bullish chart formation of a saucer / rounding bottom with price target of 4%, 5% and 8% respectively.All time high for US 10 Year Treasury Yields register an all time high of 15.82% in September 1981 and all time low of 1.321% in July 2016 and interest rate stay low for a period of 27 years already.There are 2 possibilities - 1) Expectations of real interest rate rise with US 10 Year Treasury Note sell off in price and yields spike probably referring to Russia and China are selling the US 10 Year Treasury note, couple with USD still in a downtrend bias with a target of 80s level.2) Another scenario is the bullish in US 10 Year Treasury Yield is a fake move and could see resume uptrend in price and yields fall into new Low correlate to USD downtrend bias.
With the US 10 Year Treasury Yields is set to rally with more upside potential with a target of 3.5 % as an indication of the danger zone and advise caution to exit the financial markets where CASH is king , there are concerns by many Financial Invesment Analyst and Master that the financial markets will experience a bear market to take place. It will also have an adverse impact on the REITs (Real Estate Investment Trusts) and the property market could see more downside pressure in price dampening any form of speculation and investment where mortgage loan are expected to rise and borrowers have to pay more interest.https://www.cnbc.com/quotes/?symbol=US10Y
https://www.macrotrends.net/2016/10-year-treasury-bond-rate-yield-chart


Disclaimer: All news, information and charts shared is purely by my research and personal views only. This is not a trading recommendation or advice but on the basis of sharing information and educating the investment community. Different traders and investors adopt different trading strategies and risk management approach hence if in doubt please approach or seek clarifications with your Financial Adviser, Broker and Banker.
at October 06, 2018 No comments:

MarketWatch widget is provided by DailyForex.com - Forex Reviews and News